Molly Turner
about conducting composition collaboration writing
are you ready to open the door?

part of the TELEPHONE project based off two works: 1) a visual work and 2) a poem

the shapes of stories

This piece was inspired by Kurt Vonnegut's failed master's thesis of the same title.

He proposed that all stories can be mapped on to graphs with a horizontal axis of time and a vertical axis of good and ill fortune. It was rejected because Vonnegut claimed it was “so simple and looked like so much fun.” The graphing of certain parameters of a story was influential in my writing of the piece. This piece loosely takes on Vonnegut's "Cinderella/New Testament" shape.

I began using graphic notation much more after this.

a short video of Vonnegut talking about it here

a different sort of ending here

a setting of sappho's poetry for chamber ensemble and soprano

Virgins will all night long sing
of the love between you and your bride
in her violet robe.

Wake and call out young men
of your age,
and tonight we shall sleep less than
the bright-voiced nightingale.

If we imagine the history of art as some kind of Darwinian survival game, Sappho’s poetry stands out as a genetic miracle. Almost no whole organism has survived. Instead, we have a couple dozen pages worth of fragments. Still, that’s extraordinary for a couple thousand years.

Sappho’s poetry has already gone through a natural process of fragmenting (physically through the ripping of pages) and has been re-interpreted over time by way of numerous translations. What we’re left with is an obscured version of the original.

In studying composition we often talk about developing, fragmenting, and expanding ideas. So, rather than obsess over the original-Protozoan-text, we can take this time-shaped art and welcome the work into the 21st century, home of the ambiguous and the modified.

I believe Sappho reveals to us secrets of the timeless female soul like no one else.

And between these small islands of words one can hear music.

written for "synesthesia: poetry+music" a project between the Rice composers and r2: the rice review

photos from the performance: 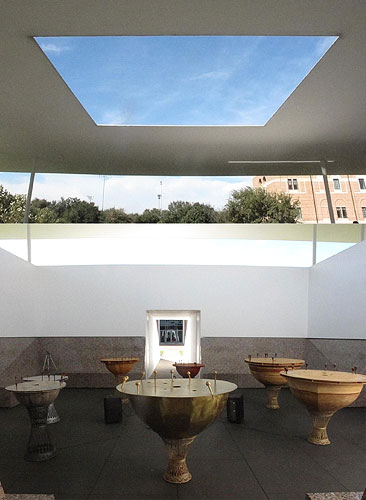 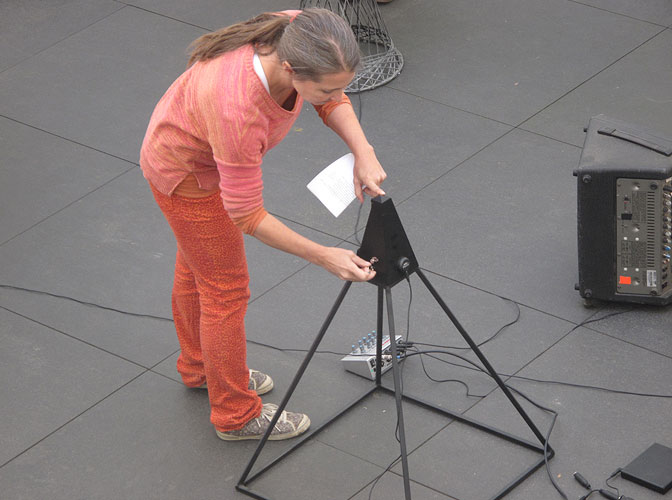 katie setting the metronome for her piece
4 / 7 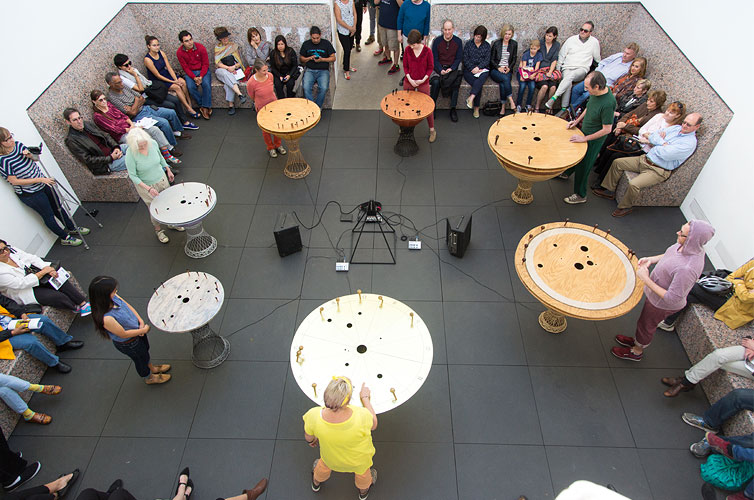 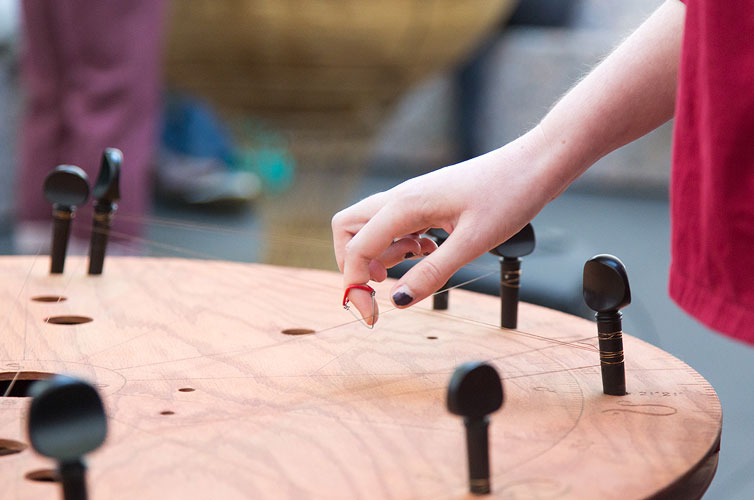 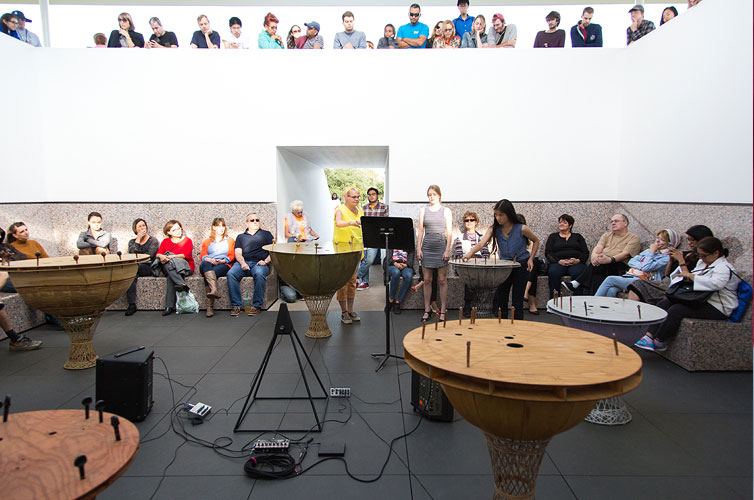 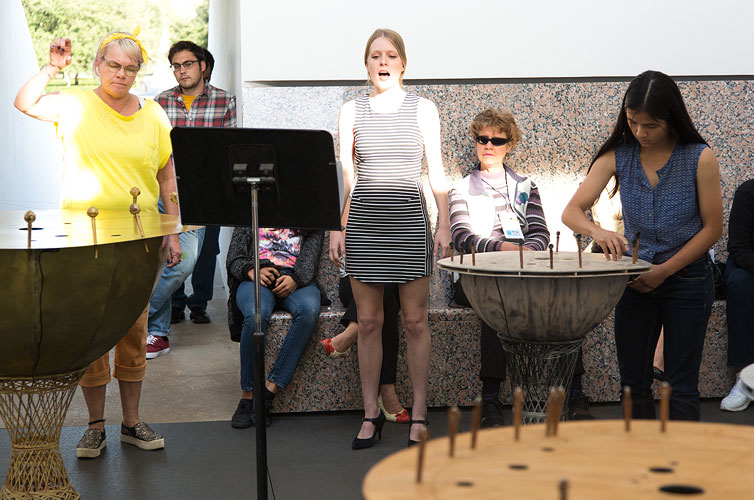 My dad owns a tugboat. It’s kinda slow... 8mph slow. Growing up, I absolutely hated it. But more recently, I’ve been more open to at least being a non-disruptive passenger on it. During Summer 2018, I was in the San Juan Islands near Vancouver with my mom and dad. We island hopped for a few days and met fellow tug-boaters. We were just “puttin’ around” as my dad would say.

Instead of being restless and annoyed as I was as a kid, I immersed myself in this slower and quieter lifestyle, even if just for a few days. And now I really miss that.

So this is sort of about my dad's tugboat, but more importantly, it's about the quiet places that accompany it.

I listened to a lot of Feldman, Ravel, and Takemitsu while writing this.

reaction for violin and cello

for violin and cello, scordatura

here i am exploring chemical reactions as well as our reactions to others in music making. one year of pre-med at rice had to go somewhere.

while writing this piece, i listened to the berio sequenzas and boulez’s incredible piece, messagesquisse for seven cellos.

the violin’s second and fourth string are tuned down a 1/2 step and the cello’s first and third string are down 1/2 step.

for violin and piano

this was part of Giancarlo Latta's 16x16: The Rice Encores Project

Part of my early training on the violin was a fiddle class that met on tuesday evenings. It encouraged improvisation, quick sight reading, and lots of different styles. "Heel and Toe Polka" was one of my favorite tunes.